A complete Guide on getting to know the olduvai gorge 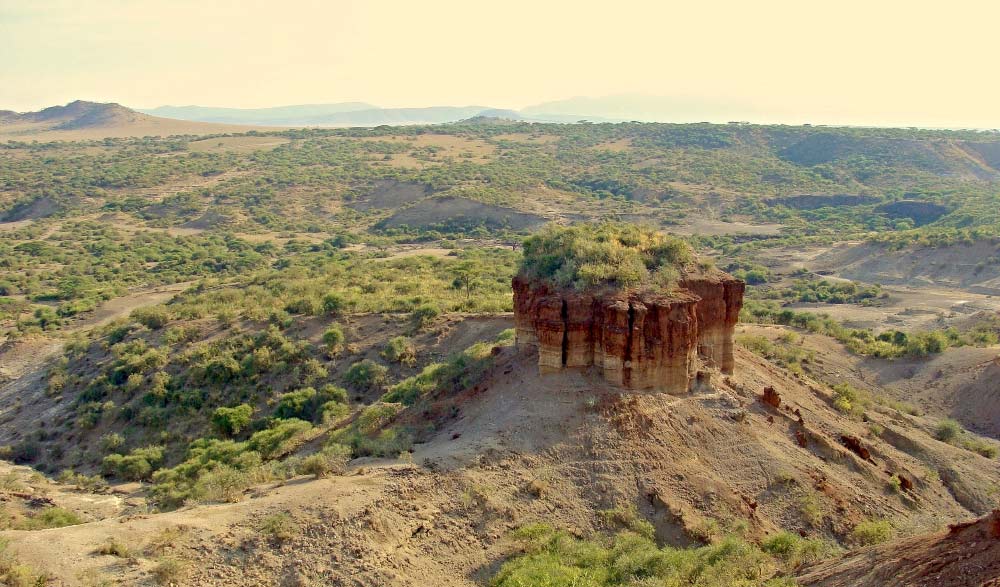 Olduvai Gorge is a site in Tanzania that holds the earliest evidence of the existence of human ancestors. Paleoanthropologists have found hundreds of fossilized bones and stone tools in the area dating back millions of years, leading them to conclude that humans evolved in Africa.

For those interested in archaeology and palaeontology, there’s more to Tanzania than its spectacular game reserves and beautiful beaches. Located on the road from the Ngorongoro Crater to Serengeti National Park, Olduvai Gorge (officially known as Oldupai Gorge) is arguably the most important paleoanthropological site on the planet, thanks to the discovery of a series of fossils that document the evolution of mankind. Those traveling through the region can combine a trip to Olduvai with a visit to the mysterious Shifting Sands, a volcanic ash dune that moves across the desert at a rate of approximately 55 feet/ 17 meters each year.

In the 1930s, archaeologists Louis and Mary Leakey began a series of extensive excavations at Olduvai Gorge after viewing hominid fossils uncovered there some years before by German archaeologist Hans Reck. Over the course of the following five decades, the Leakeys made several remarkable discoveries that changed the world’s understanding of where we come from, ultimately leading to the conclusion that the human race originates exclusively from Africa. Amongst the most important of these discoveries is the Nutcracker Man, the name given to the remains of a Paranthropus boisei male estimated to be 1.75 million years old.

The Leakeys also discovered the first known fossil evidence of another hominid species, Homo habilis; as well as a treasure trove of animal fossils and early human tool fragments. In 1976, Mary Leakey also found a series of preserved hominid footprints at Laetoli, a site located some 45 kilometers/ 28 miles south of the gorge itself. These footprints, preserved in ash and believed to have belonged to our ancestor Australopithecus afarensis, prove that hominid species walked on two legs during the Pliocene era, some 3.7 million years ago.

Today, the Leakeys’ excavation sites are still operational, and archaeologists from all over the world continue to chip away at the mysteries surrounding our own origins. Visitors to the Olduvai region can see these excavation sites for themselves under the supervision of an official guide. At the top of the ravine, there is a museum, which was found in the 1970s by Mary Leakey and renovated in the 1990s by a team from the Getty Museum. Although small, the museum is nevertheless fascinating, with several rooms dedicated to explaining the site’s paleoanthropological finds.

Here, you’ll find a collection of hominid and faunal fossils, as well as the ancient tools now referred to as Oldowan (a term that translates as ‘from Olduvai Gorge’). These tools represent the earliest known stone tool industry in our ancestors’ history. In order to preserve the originals, many of the fossils on display are casts, including those of early hominid skulls. Highlights of the exhibition include a huge cast of the Laetoli Footprints, as well as several photos of the Leakey family working at the first excavation sites.

Olduvai Gorge is now officially referred to as Oldupai Gorge, the latter being the correct spelling of the Maasai word for the indigenous wild sisal plant.

Those wishing to make a day of it should consider heading north of Olduvai Gorge to the Shifting Sands. Here, a crescent-shaped dune of fine black ash moves steadily across the plain at a rate of approximately 55 feet/ 17 meters a year under the force of the region’s unidirectional wind. The Maasai believe that the ash came from Ol Doinyo Lengai mountain, a sacred place whose name translates in English as the Mountain of God. On a clear day, this impressive cone-shaped mountain can be seen in the distance from Olduvai Gorge.

Upon reaching the plain, the volcanic ash settled, collecting around a single stone and then accumulating to become the spectacularly symmetrical dune it is today. The sand is rich in iron and highly magnetized, so that it sticks to itself when thrown in the air – a phenomenon that makes for intereting photographic opportunities. The dune can be difficult to find due to its mobile nature, and often the journey to get there involves technical off-road driving. As a result, it’s recommended to travel with a local guide and/ or driver.